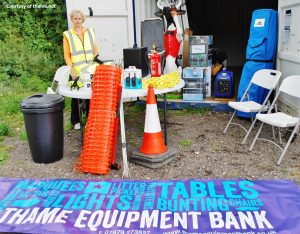 The story of 21st Century Thame begins in 2003. Following a Market Town Health Check, a town-wide partnership was established, driven by a committed group of local volunteers (some representing local organisations), together with representatives of the Town and District Councils. The group was motivated by a passion to ensure that Thame prospered and remained viable as a social, cultural and economic centre – at a time when many high streets were struggling and starting to see footfall diminishing. From these beginnings, after moving through various formative stages, 21st Century Thame was born. 21st Century Thame has continued to thrive, working hard to communicate their vision to the whole community, engaging others who were also passionate about implementing this vision. As a result of all their hard work, they have been instrumental in developing and implementing projects and ideas that have helped to continue to achieve their vision, year on year. These include Thame Art Crawl, Thame Wedding Show and of course Taste of Thame.

This includes access to a bank account, Public Liability Insurance, free use of Thame Equipment Bank and event guidance and advice.